Over the last weekend plus a few days I put together an inexpensive DIY LED panel that is so bright it will blind your interview subjects but doesn't break the bank - at all. 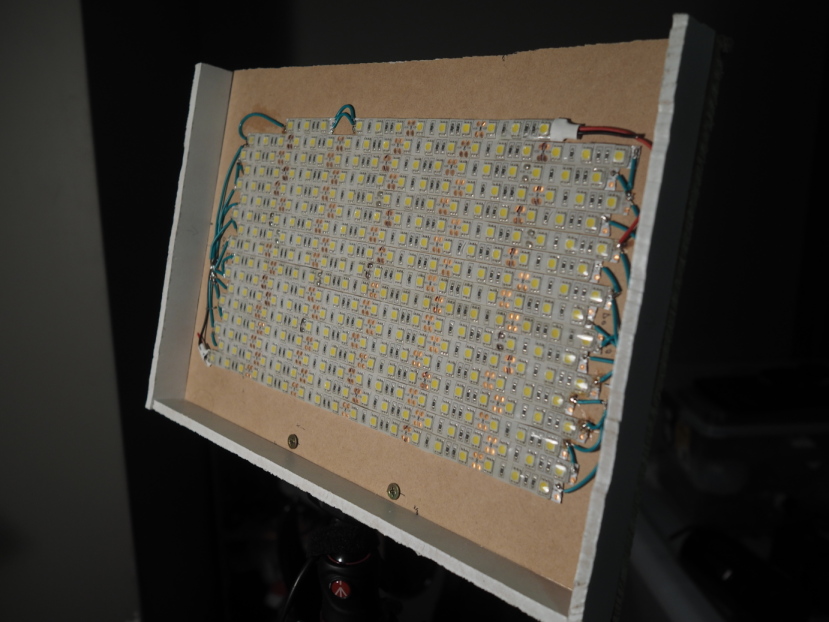 I won't explain all the steps and parts for this build because someone else has already done a much better job than me: DIY Perks on Youtube (you'll want to watch most of his builds once you discover the channel!). Watch the video from start to finish, then check your electronics and tools box for the few parts that are needed. I had to get a roll of 300 LED lights, a voltage regulator (or PWM controller if you're not worried about flickering lights but for video work a voltage dimmer is recommended), some MDF and some woodworking and power tools I didn't have (but they will serve me for many years to come). The rest is really simple and if you decide to skip painting it can probably be all done in one afternoon. 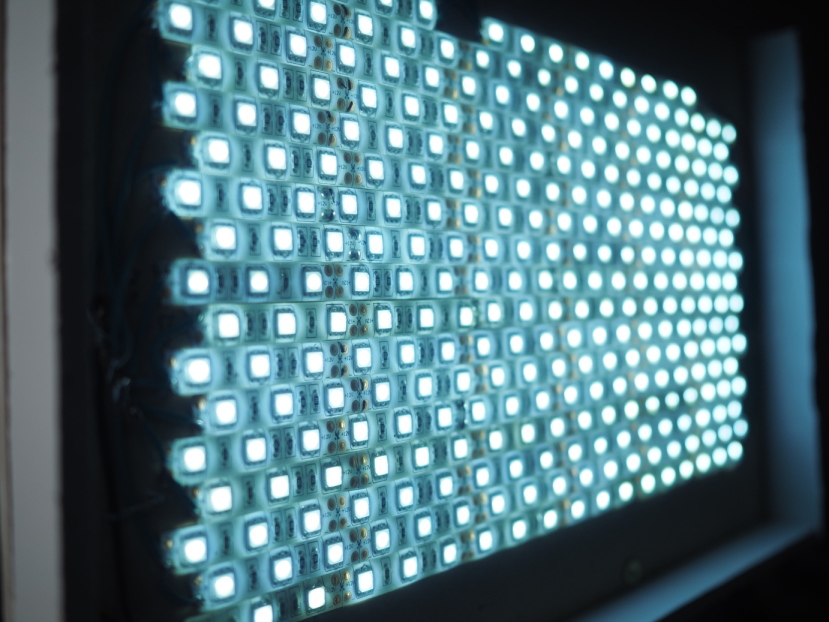 The colours here look a bit funny because I had the whitebalance on my camera set to my working light which is a tungsten light bulb whereas the LEDs are clearly much cooler. However, even though it was a cheap roll of LEDs (about $15), it doesn't have that nasty green shift that cheap LEDs are kind of known for. Its colour probably isn't perfect but I'm pretty happy with it. DIY Perks linked to some equally cheap LEDs that he measured at something like 95 CRI (which is really good) but I had already ordered some from another seller on Aliexpress.

The brightness is amazing and while I haven't tested its limits in daylight yet it's definitely too bright to point at your talent (say at an interview) at full power. Note that you need some fairly thick wires to hook everything up until it gets fanned out to the individual LED strips - I chose AWG16 but 18 is probably alright as well as long as you don't power more than 300-400 LEDs. With bigger panels your wire thickness requirements (and the ones for your power source) will obviously go up. I power the panel with 18V from a universal laptop power supply (I would prefer around 14V but the power supply chooses 18V with the 2.1 mm DC connector at the end) but a good LiIon or LiPo battery does work as well. 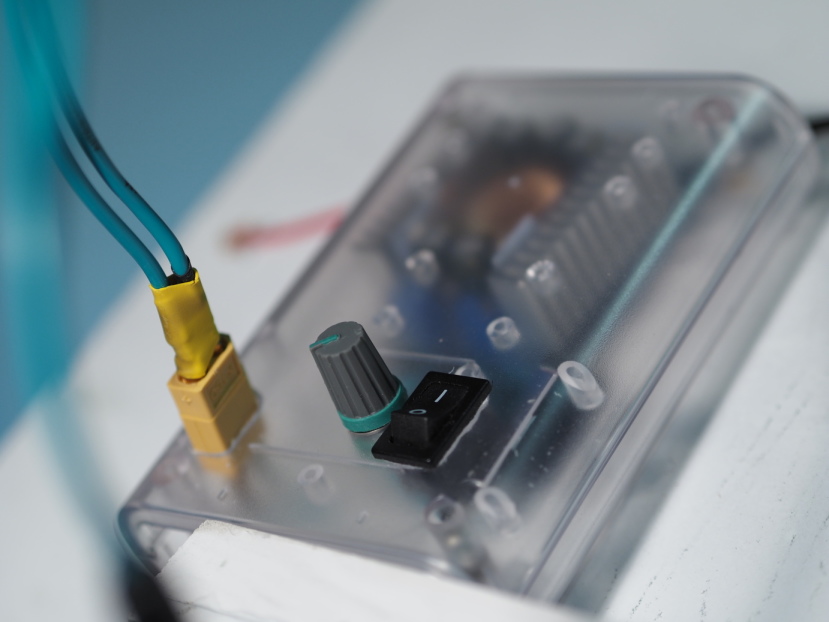 The box that houses the regulator as well as a switch and a potentiometer is actually a clear Raspberry Pi case that I had lying around. Due to the thick wire it was a bit of a squeeze and a solder joint popped off at one point due to the strain on a cable so better give yourself plenty of room for the electronics. This will also help with dissipating heat but with only 300 LEDs the heat sinks on my regulator don't get too hot.

One section where I deviated from the instructions in the video above is the dimmer circuit. While DIY Perks uses a multi-K Ohm resistor and a 22K pot, I used a 10K pot and no fixed resistor. I get the perfect voltage range out of it (I think my trim pot on the regulator is actually turned fully clockwise), meaning 7V (when all the LEDs just turn on) to about 11V which is as high as I want to go without compromising the lifetime of the LEDs. 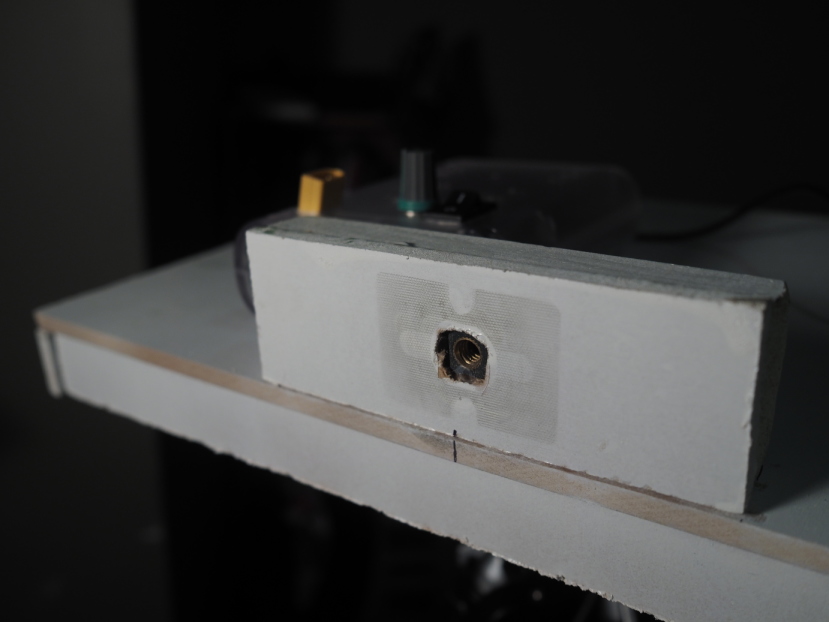 To mount it on tripods etc I sandwiched a coldshoe with 1/4" thread between two pieces of MDF glued together, than screwed (and glued) that onto the back of the panel. Because the panel isn't very heavy, this is an extremely sturdy connection. Just watch the video to see exactly how it's done. I've since applied the same technique to make some adjustable mounting "bricks" for my motorised timelapse slider.

Please use the comment section below or head over to Google+ or Twitter @tobiaswulff to discuss this article or any of my photography and videography work. My Flickr, 500px and Vimeo pages also provide some space to leave comments and keep up to date with my portfolio. Lastly, if you want to get updates on future blog posts, please subscribe to my RSS feed. I plan to publish a new article every Wednesday.